Like our work? Arrange a meeting with us at our office, We'll be happy to work with you!

We are always looking for new talents and we were expecting you. Time to apply, buddy!

Matt Edwards (Radio Slave) and Patrick Mason teamed up as SRVD following a chance meeting in Panorama Bar. After a series of improvised live sets and studio sessions the pair have gone on to tour the globe, including stand out performances at Printworks, Melbourne Music Weeks, Sonar and Boiler Room x Pornceptual, not to mention dropping huge releases on Rekids that have amassed to millions of streams online and garnered support from the upper echelons of house and techno, such as Sven Väth, Amelie Lens, Len Faki, Rodhad, Laurent Garnier, Chris Liebing, and many more.

Born and raised in Bavaria, Patrick Mason is one of the world’s most diligent artistic minds. An influential club kid with infinite energy, Mason is at the forefront of Berlin’s art, fashion, dance music and LGBT scene. Whether DJing under his given name or performing as one half of SRVD, Mason’s presence is totally electrifying.

Meanwhile, Matt Edwards role in electronic music is indisputable. As Radio Slave or under his other monikers, like REKID, The Machine or Quiet Village (alongside Joel Martin), Edwards is responsible for pushing boundaries within various electronic music sub-genres, not to mention helming the inimitable Rekids imprint which has released music by Nina Kraviz, Mark Broom, Anthony Rother and many other top tier artists. 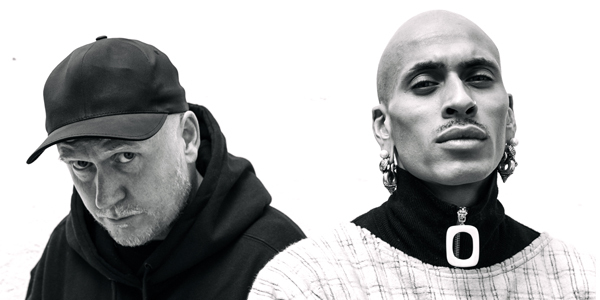